For the First Time, a Monumental Shift in Pharma Focus

At one time, the pharmaceutical industry filed a lawsuit to prevent AIDS drugs from reaching dying Africans. They claimed that they could not afford to cut the prices of the drugs, which had an annual price tag of $15,000. However, times have changed, and now those companies are dedicated to efforts to get medicines to the developing world. In fact, there are plenty of medicines once only available to the rich that are now being distributed in even the most remote regions of the world – and saving millions of lives each year.

Currently, almost 20 million Africans receive treatment for HIV, and it costs them less than $100 per year. In addition, the most effective drugs for tuberculosis, hepatitis C, some cancers, and malaria are available at incredibly low prices in many poor countries.

The Access to Medicine Index is the reason the world’s largest pharmaceutical companies are competing so fiercely as they boast about how they help the poor and battle diseases once neglected. The Access to Medicine Index scores the charitable efforts of these companies. The former GlaxoSmithKline has won every time so far, and its score continues to rise out of the 20 biggest European, Japanese, and American pharma companies.

Other companies close behind include Merck KGaA, based in Germany; Johnson & Johnson, Sanofi, and Novartis. Japanese drug makers Takeda and Eisai have risen to #5 and #8, respectively.

In addition, several of these pharma companies now also work with the Indian generics companies that were once labeled as “pirates” by sub-licensing patents so that generic makers of drugs are able to produce cheap medicines for Latin America, Asia, and Africa.

Although there have been many advancements in the availability of drugs for developing countries, there is still plenty of opportunity for growth. Most of the progress of the pharma industry is still limited to just a handful of companies, whose efforts are still a bit too reliant on the contributions of donor dollars, according to a report issued in May of 2019 by the Access to Medicine Foundation.

While it’s true that there are now cheap drugs available for developing countries for many ailments and illnesses, drug companies haven’t been so quick to provide treatments for chronic conditions like cancer, diabetes, and heart problems – and deaths from these conditions are rising.

Jayasree K. Iyer, Executive Director of the Access to Medicine Foundation explains, “The situation is still fragile. A retreat by one company, or a drop in health care investments, will jeopardize the progress made so far.”

The Foundation recently published a piece on what has changed since it was first founded back in 2005 by Wim Leereveld, who was a former information consultant to the pharma industry. Many experts pointed out similarities between the changes and the recovery of an addict who has “hit rock bottom.”

What else has changed in recent decades?

The backlash of overwhelming international condemnation caused the suit to be dropped in 2001.

It was then in 2008 that Leereveld began releasing his scorecards. Initially, advocacy groups despised him because they assumed he would say nuanced things about the pharma industry. The pharma companies ignored his requests for data, and the International Federation of Pharmaceutical Manufacturers and Associations stonewalled him.

He proceeded anyway with public sources.

Before he published the very first rankings, he informed all 20 pharma companies how they would be portrayed, after which eight of them said some of the information was incorrect. It was then that they participated, breaking their own ban. By 2010, all 20 companies were participating.

How Companies Today get Medicines to the Poor

There are three ways pharma companies get drugs to the underdeveloped countries: They donate the medications, they cut prices, or they sub-license patents to generic companies. Using these methods, more than 400 medications are now available at low prices; in addition, the companies also often donate drugs in the West that are used for veterinary care that also can be used to kill parasites in humans.

For about 30 HIV and hepatitis C drugs, sub-licensing is now used. Developing countries are still in need of millions of doses.

An Additional Benefit of Distribution in Poor Countries

Yo Takatsuki, head of ethical investing research at Axa Investment Managers in London, states that pharma companies are now starting to discover another motive for distributing their drugs in poor countries: future profits. Sanofi and AstraZeneca now receive almost 33% of their revenues from the developing countries, according to Takatsuki.

Wim Leereveld has since founded other indexes that rank seed companies on their success getting their products to small farmers and mining companies on their environmentalism. His successor, Dr. Iyer, believes progress has still a long way to go.

Iyer explains, “Two billion people still don’t have access, and in the first five years after a launch, new products reach less than 10% of those who need them in developed countries, and less than one percent in poor ones. That’s underperforming both as a business and in social impact.”

Keep up with all the latest pharma news and industry developments by regularly attending pharma conferences, taking place all around the country. Reserve your seat at one soon, because they regularly fill up quickly!

About the Author: Laura Tobias

An accomplished writer, editor, and Director of Content with over a decade of professional experience, Laura is the recipient of numerous industry awards and accolades. Also a professional photographer and hobbyist musician, she brings creativity and sound knowledge of writing principles to the table for clients across the globe. 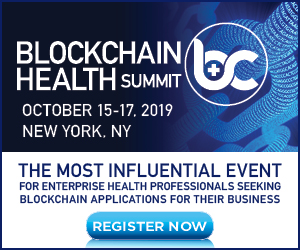